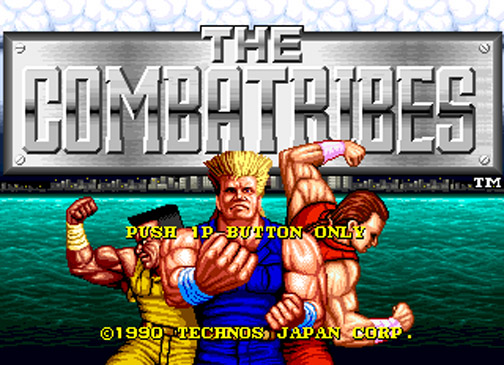 Ah Combatribes. Combatribes was an interesting game because, as things just sorta happened back when I was a kid, it was at my friend’s house one day after school ready to fire up in his Super Nintendo. I think he rented it, but I’m not really sure.As a kid with a whole afternoon to play after homework, I would sit there trying to beat the game mostly because I was stubborn and Combatribes was such a pain in the ass. I can’t really remember if I was having fun or just pushing through frustration, kinda like the feeling of fighting M. Bison, boss of Street Fighter II, in the arcade.

When I went back to play Combatribes as an adult looking for good brawler source material, I came up without much at all. There was a wasteland of poorly implemented mechanics where I once saw the spark of brilliance.

Curious, I recently tried out the Arcade version for comparison and found that while the SNES version is a pretty faithful port, the Arcade version was a much better game because of a few key differences such as, oddly enough, superior difficulty balance. Overall though, I could see that regardless of platform, Technos (the developer) had fallen greatly from the pinnacle they had reached with games like Double Dragon and River City Ransom, two of their best titles. As a brawler released in 1990, Combatribes felt like something vital was missing, especially because games like Final Fight and Streets of Rage, two titles that changed the landscape for beat ’em ups, were already on the scene when Combatribes saw release. Revisiting it in 2011 made me realize that it was worse than I previously remembered.